There’s nothing quite like a dollop or two of homemade whipped cream to set off the perfect dessert, whether that be a mouth-watering slice of pie or an indulgent tart. How can you make the whole shebang even more attractive? By topping your dessert with alcohol-infused whipped cream, of course!

Many people shy away from adding alcohol to their culinary repertoire for fear it will overcomplicate matters or upset the balance of flavours they’ve strived so hard to achieve. When it comes to whipped cream, such a concern shouldn’t deter you from getting creative with your dessert recipes, since adding alcohol is as easy as it is effective. This handy guide breaks down the process into easy-to-follow steps and even offers alternative methods of doing so if you’re short on time, as well as inspirational ideas for how to use the cream afterwards.

How to make the perfect alcohol-infused whipped cream

Making alcohol-infused whipped cream begins with exactly the same process as making regular whipped cream. First, you’ll need to assemble your ingredients (heavy cream or whipping cream are ideal choices) and make sure they’re chilled, since room temperature cream won’t whip as effectively. For best results, chill the bowl you plan to do the whipping in as well.

Pour one cup (250ml) of the cream into the bowl and whip it until “soft peaks” begin to form. This stage can be identified by lifting up the cream using a spoon or the whisk or any other implement; if the cream holds its shape for a moment or two before collapsing, it’s ready. You can whip it via the good, old-fashioned method of whipping by hand using a balloon whisk, or save yourself some elbow grease by using an electric mixer with a whisk attachment. Whatever way you prefer is absolutely fine.

Then, add one tablespoon of your preferred sweetener (granulated sugar is our recommendation, but artificial sweeteners work fine as well) and one tablespoon of your favourite alcohol. Literally any liquor will work for this step, but you might find that some flavours go with certain desserts better than others, so exercise your own discretion when selecting the booze. Keep reading for further details on which alcohol to use.

After adding both ingredients, mix well and taste. You can add more of either if you like, but be wary of overwhelming the other flavours of your dessert. Once you’ve achieved the optimum balance of alcohol and sweetness, it’s simply a case of whipping the cream until the soft peaks (or firmer ones if you prefer) return once more. And voila! Perfect alcohol-infused whipped cream, every time.

If you find yourself pressed for time and in need of alcohol-infused whipped cream without the effort listed above, fear not! There are a handful of alternative methods of achieving a similar (if not exactly the same) effect through several sneaky shortcuts. Here’s a quick rundown of how to cut corners without cutting out the quality:

This method does involve the purchase of a fancy piece of kit known as a whipped cream dispenser, cream whipper or mousse siphon. These can be picked up online and although they do require additional purchases of nitrous oxide (N2O) canisters or chargers to function, they turn making alcohol-infused whipped cream into child’s play.

All that the user needs to do is pour in all the ingredients into the dispenser and close the lid, before attaching a charger of N20 to the appropriate nozzle; if desired, a second canister can also be added to inject even more air and fluffiness into the cream. Then a simple flick of the wrist will whisk the ingredients together and a press of the button will squirt the cream directly onto any surface you desire. This method allows the added advantage of easily creating Mr Whippy-style swirls with the cream to achieve attractive patterns.

This video (not ours) shows you how to make whipped cream using a dispenser.

If are pushed for time, can’t summon up the elbow grease to whip your cream manually and don’t own an automatic whisk, a blender can serve as an acceptable substitute for our needs. You should be warned, however, that it’s unlikely to achieve the same sterling results as either of the methods outlined above and the cream must be checked repeatedly to make sure you don’t overwhip it, otherwise you’ll end up with a grainy and unpalatable mess.

As with the dispenser method mentioned above, you can pour all of your ingredients directly into the blender or food processor, saving you time and effort. Then it’s simply a case of blending them on a high setting for short bursts of time (if it has a “pulse” option, this is ideal) and checking the consistency of the cream in between each one. When it has reached the status of the soft peaks described above, it’s ready to use. You can then spoon it directly onto your dessert, refrigerate it for use within a few hours or freeze it for up to three months.

As the popularity of infusing whipped cream with alcohol has grown, so too has its commercial market. Nowadays, there are a number of rival companies operating in the US which sell alcohol-infused whipped cream in an aerosol can and in a number of different flavours, garnering mostly positive reviews from their customers. However, it can be quite difficult to track down in certain parts of the country and even more problematic outside of the States, making it a tough option for those abroad.

Its lack of availability means that we personally have not yet tried this option, but customers seem to agree that it’s easy to use, versatile and, most importantly of all, delicious. There have been some reports that the nozzle on the can does not work within several days of being opened, even though there is still plenty of cream left inside. It’s also considerably more expensive than making it at home, retailing at over $10 per can. Given its rarity, price and unreliability, it might not be the best option for everyone, but it could be worth giving it a shot if you do happen to come across it.

Our favourite spirits to use

Deciding which alcohol to infuse your whipped cream with is the creative part of the whole process and really allows you the freedom to let your imagination run wild. It’s not advisable to use any type of booze that has been carbonated, but beyond that, the alcohol aisle is your oyster. Any spirit or liquor will work equally as well as another, and the only considerations should be personal preference and the dessert you’ll be pairing the whipped cream with.

Rum, whisky, tequila and bourbon all have strong flavours of their own which they will bring to the table, and can work well to enhance those already present in the cake, pie or hot drink they will be accompanying. Clear spirits like gin and vodka are slightly more neutral and will simply inject a kick of firepower into proceedings. Of course, flavoured spirits, like watermelon vodka, honeyed whisky or rose tequila and flavoured liqueurs like Kahlua, Bailey’s and Drambuie open up a whole world of new options and are becoming an increasingly popular choice among alcohol-infused whipped cream enthusiasts.

Basically, it’s advisable to experiment extensively and find a spirit that works best for you. It’s always a good idea to go for established pairings of flavours (such as tequila and lime, coffee and cake, mint and chocolate), but thinking outside the box can sometimes undercover a taste revelation that is well worth searching for. Get creative!

Now that you’ve got the basics of creating alcohol-infused whipped cream under your belt, here are a few suggestions for recipes on how best to use it. Remember, these are only a starting point from which you can begin to explore adjustments and alternatives that suit your own palate and taste buds better, but they should give you a good guideline on where to begin.

Cheesecake is always such a pleasing mix of contrasts, the crunchy crumbliness of its biscuit base pairing perfectly with the creamy lightness of its body. Add in complementary flavours of chocolate, pumpkin and bourbon and you’re onto a winner that’s sure to leave your dinner guests begging for more.

Beer might not be the first alcoholic drink that springs to mind when infusing whipped cream, but the rich flavours and aromas of an English stout can be the perfect accompaniment to your sweet treat. This delicious recipe has the ability to make you feel all warm and cosy on those long winter evenings.

There’s nothing quite like a homemade butterscotch pudding to convert you to becoming a fan of this underrated dessert, and a shot of cognac adds a warming zest that really livens things up. The perfect finishing touch to an incredible dinner party among friends.

This triple-layer dessert does not involve any cooking time whatsoever, meaning you can throw it together with the minimum of fuss, providing you leave enough time for the mousse to set. Chocolate, whisky and caramel come together alongside the luxuriousness of Bailey’s to create a true taste sensation.

This rich sponge is ideal for all occasions, including birthday parties and weddings. Although the amounts of alcohol used in the recipe are negligible, you might to switch it out for orange juice when serving to younger guests, but as an adult treat, it can’t be beaten.

PREVIOUSFreezing Whipped Cream? Here’s Everything You Should Know! 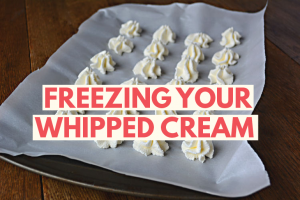 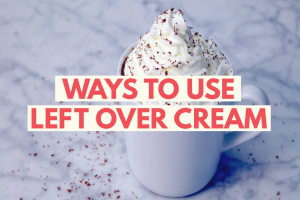 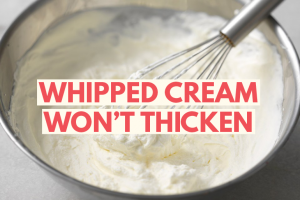 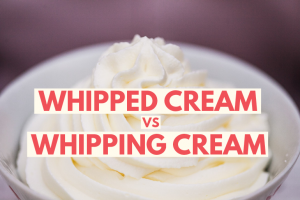